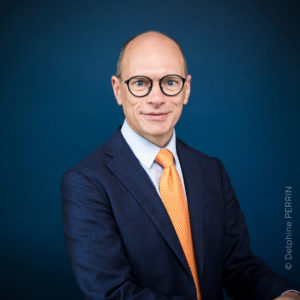 Vincent Remy is co-founder of LLR. After working as analyst engineer for Compagnie Générale d'Informatique (which was merged with IBM Global Services), he joined a large French industrial property firm in 1991, before founding LLR in 2000.

Vincent Remy provides consultancy services to major French industrial companies, SMEs and start-ups concerning their industrial property protection strategies, in particular in the plastics, healthcare and IT sectors. For these customers, he provides legal advice, drafts contracts, performs the technical analysis of inventions, drafts patent applications, defends them before the industrial property offices until a patent has been granted, and before the courts against counterfeiters.

He is involved in the development of LLR China in Beijing, helping French groups in China to define and deploy their protection strategies.

Vincent Remy has dedicated much of his time to young professionals, raising their awareness and providing training on industrial property, giving lectures on European patent law and seminars to prepare for the qualification examination before the European Patent Office, organised by the CEIPI at the Robert Schuman Law University, now the University of Strasbourg. He has also delivered occasional training courses at INPI, the French National Institute of Industrial Property. He now lectures regularly in engineering schools (in particular Ecole des Mines).

Taking his work on industrial property awareness one step further, Vincent Remy is co-author, with Clémence Thiollier-Vallée, of a simulation game with the participants competing against each other on a fictitious market. The participants create a portfolio of patents and trademarks and try to obtain concrete competitive advantages, while having to respect budget constraints related to the success of their strategic choices.

He is also a member of the French standardisation committee CN INNOV on Innovation management, managed by the AFNOR as part of the European Commission CEN/TC 389.

Alongside his activities as co-manager of LLR and patent and trademark attorney, Vincent Remy is responsible for the computer services used by the firm's employees and customers, in particular the industrial property file management software CleverIP, which he co-produced.

Vincent Remy is a member of LLR's Executive Committee.