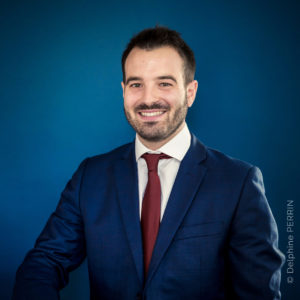 After completing his end of study internship in the patent department of one of the French leaders in the pharmaceutical industry, Romain graduated from the CEIPI and has worked as patent engineer since November 2014. Before joining LLR in November 2015, he continued his training as patent engineer for one year in an automotive equipment company. He assists small, medium and large companies. He drafts and files patent applications in French and English and monitors grant procedures in France and abroad. His is specialized in mechanics, chemistry and life sciences. He is responsible for patent files in the fields of automotive equipment vendors, plastics engineering and medical equipment manufacturers.

He deals with patent files, particularly in the fields of: